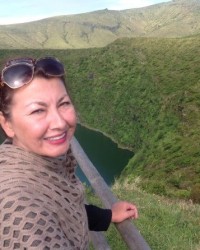 Hello, I am Diana Jane, proud mother of a school-age son. Working part-time in mental healthcare and passionate yoga teacher.

My passion for yoga started in the middle of 2008. Out of curiosity, I took my first yoga class, because I suffered from osteoarthritis in my lower back. Iinstead of taking painkillers, I was looking for a better alternative. I found that, in practicing yoga! Soon the physical aspect cleared the way to consciousness on a mental and spiritual level.

Because of enthusiasm and willing to learn, I went to yogaclasses and teachertraining. I completed a Hatha Yoga basic teacher teacher training (B.K.S. Iyengar), followed workshops / refresher courses, among others on Correcting and Guiding and Self-realization.

Then came the “TAO” on my “path” through Do-In and Yin yoga. I completed the Do-In yoga basic training “then Do-In Yoga follow-up teacher training, qualifying as Do-In Kids Teacher and the certificate Yin yoga & Psoas Release (100-hour) teacher training 2016/2017.

The self healing ability of the body continues to fascinate and inspire me. Record and pass on the knowledge about the Elements (seasons) – and Meridians Learn, translate through the tendencies / attitudes of Yoga, working from Safety, Trust, Responsibility, the (re) finding the balance between Yin and Yang, is an enrichment for me. And I like to share this enrichment through my yoga classes. 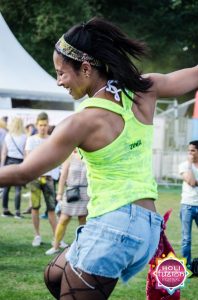 Monique came to the Netherlands in 2000 to work in one of the largest fitness chains at the time. She was already skilled as a fitness trainer. Over the years she has gained a lot of skill in various group classes including Zumba. She gives these classes with a high FUN factor in the way Zumba should be given. In the dancing way. All too often Zumba is given as if it was a fitness class. At Monique’s class you’re certainly go home with a BIG SMILE and a satisfied feeling.